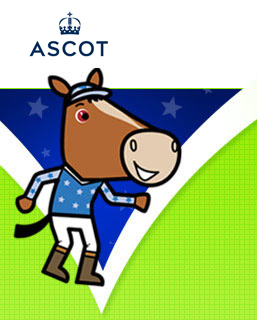 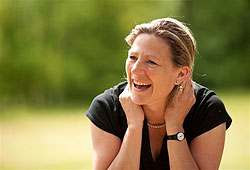 Eve Johnson Houghton trains at historic Woodway on the downs in Blewbury, Oxfordshire; where the Johnson Houghton family has trained and bred racehorses for over fifty years. Eve’s mother was a champion lady jockey, her father and both grandfathers were trainers and her Great Uncle was the Champion Trainer Fulke Walwyn. With this family history Eve couldn’t have done anything else!

As a leading amateur jockey Eve won 20 races including the prestigious Ascot Diamond race twice. She also rode in the Euro American Champion series with Chris Bonner representing England, where over a series of 8 races in England, Germany and the USA they were champions.

After working in Australia and London, Eve came back to work in racing. Firstly for leading syndicate manager Henry Ponsonby, then for Kingwood Stud and then as secretary and finally as assistant trainer to John Hills. In 1999 Eve came back to Woodway to work for her father Fulke, they made a formidable team building the yard back up and in 2002 they bought a horse called Tout Seul together. He was bought for £12,000, and went on to win 5 out of 7 races as a 2 year old culminating in the Group 1 Dewhurst Stakes.

Eve took over the training license in 2007 and had a flying start with 22 winners and has continued on an upward curve ever since, consolidating her position as a leading lady trainer. The 2018 season saw Eve scale new heights with her breakthrough Group 1 and Royal Ascot winner Accidental Agent.  A second Royal Ascot winner followed in 2021 when Chipotle took the listed Windsor Castle Stakes.

Woodway is quietly situated high up on the downs above Blewbury, well away from the hurley burley of the large training centres. The privately owned gallops extend to over 200 acres and have been nurtured for generations; these are backed up with modern all weather facilities, ensuring that the horses can be kept on the go whatever the weather.

Further information on our trainer can be found at: www.johnsonhoughton.com